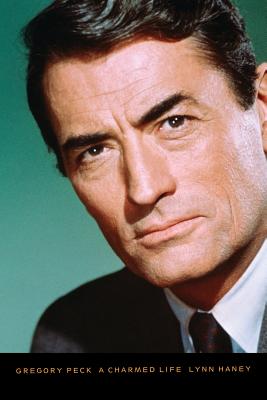 By Lynn Haney
$21.99
Available at Warehouse

His first screen test was a disaster, his features were large and irregular, his left ear outsized the right, yet he would one day be headlined as the Most Handsome Man in the World. And most of his leading ladies—among them, Ingrid Bergman, Jennifer Jones, Audrey Hepburn, Sophia Loren, and Ava Gardner—would not disagree. Irreverent, candid, refreshingly honest, Lynn Haney's carefully researched biography not only charts the remarkable career of the Oscar-winning star but also plumbs Peck's frequently troubling complexity in his off-screen roles as husband, father, lover, and son. About the tough times, Haney minces no words; but the misfortunes by no means eclipse the energy, intensity, and excitement that characterized Peck's five decades of moviemaking. This is a book filled with telling photographs, and a story cast with movie moguls from Louis B. Mayer to Darryl Zanuck, with directors from Hitchcock and Walsh to Huston and Wyler, with nearly every major luminary in Hollywood, and, starring for the first time in toto, Gregory Peck.

Lynn Haney is the author of Naked at the Feast: A Biography of Josephine Baker and ten other books. She became friends with Gregory Peck during her employment at the National Endowment for the Arts, and she has worked at CBS Television News and the New York Times. She lives in Guilford, Connecticut.