The Cannabis Cookbook: Over 35 Tasty Recipes for Meals, Munchies, and More (Hardcover) 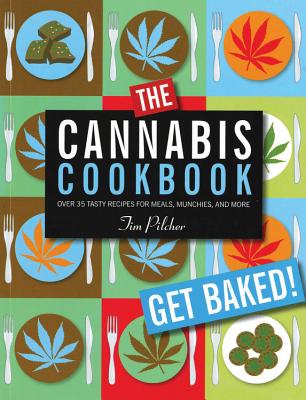 By Tim Pilcher
Email or call for price
Hard to Find

The Cannabis Cookbook is the definitive guide to cooking with the world's most versatile and popular weed. What better way to sample the most popular weed on the planet than by eating it, as people have done for thousands of years? Inside The Cannabis Cookbook are over 35 delicious recipes for Stoned Starters, Mashed Main Courses, Doped-Out Deserts, Bombed-Out Beverages, and Crazy Cocktails to make meals that are both unforgettable and hard to recall.

Tim Pilcher is a pop culture expert and has worked in and around the comics industry for over 20 years as a writer and editor DC Comics' Vertigo imprint, Comics International, and is a co-founder of a bilingual comic publishing house. He has written comics for the BBC, DeAgostini, Weldon, and The Young Telegraph. Pilcher has written over 16 books on comics, contributed to numerous other comics, and keeps a blog titled www.sexdrugsandcomicbooks.blogspot.com.