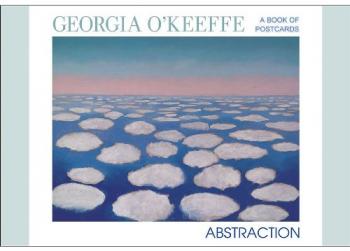 Although Georgia O'Keeffe (1887-1986) has long been regarded as a central figure in 20th-century art, the abstract works she created throughout her career have remained critically and popularly overlooked in favor of her representational subjects. Beginning with charcoal drawings made in 1915, which were among the most radical creations produced in the United States at that time, O'Keeffe sought to transcribe pure emotion in her work. While her output of abstract work declined after 1930, she returned to abstraction in the 1950s with a new vocabulary that provided a precedent for a younger generation of abstractionists. By devoting itself to this largely unexplored area of her work, "Georgia O'Keeffe: Abstraction" is an overdue acknowledgment of her place as one of America's first abstractionists.In addition to rethinking O'Keeffe's role in the development of a uniquely American abstract style, this book chronicles the shifts and changes in subject matter and style over the span of her long career. It adds significant new insight into her life, reproducing excerpts of previously sealed letters written by O'Keeffe to photographer and gallerist Alfred Stieglitz, whom she married in 1924. These previously unpublished letters, along with other primary documents referenced by the authors, offer an intimate glimpse into her creative method and intentions as an artist.