An Archaeology of Disbelief (Hardcover) 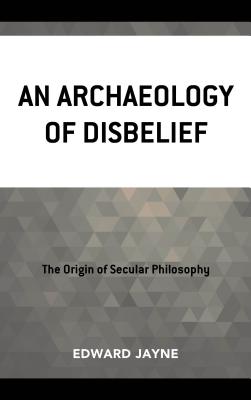 An Archaeology of Disbelief traces the origin of secular philosophy to pre-Socratic Greek philosophers who proposed a physical universe without supernatural intervention. Some mentioned the Homeric gods, but others did not. Atomists and Sophists identified themselves as agnostics if not outright atheists, and in reaction Plato featured transcendent spiritual authority. However, Aristotle offered a physical cosmology justified by evidence from a variety of scientific fields. He also revisited many pre-Socratic assumptions by proposing that existence consists of mass in motion without temporal or spatial boundaries. In many ways his analysis anticipated Newton's concept of gravity, Darwin's concept of evolution, and Einstein's concept of relativity. Aristotle's follower Strato invented scientific experimentation. He also inspired the pursuit of science and advocated the rejection of all beliefs unconfirmed by science. Carneades in turn distorted Aristotelian logic to ridicule the god concept, and Lucretius proposed a grand secular cosmology in his epic De Rerum Natura. In the two dialogues, Academica and De Natura Deorum, Cicero provided a useful retrospective assessment of this entire movement. The Roman Empire and advent of Christianity effectively terminated Greek philosophy except for Platonism reinvented as stoicism. Widespread destruction of libraries eliminated most early secular texts, and the Inquisition played a major role in preventing secular inquiry. Aquinas later justified Aristotle in light of Christian doctrine, and secularism's revival was postponed until the seventeenth century's paradoxical reaction against his interpretation of Aristotle. Today it nevertheless remains possible to trace western civilization's remarkable secular achievement to its initial breakthrough in ancient Greece. The purpose of this book is accordingly to trace the origin and development of its secular thought through close examination of texts that still exist today in light of Aristotle's writings.

Edward Jayne's earlier publications feature literary deception as explained in his book Negative Poetics as well as the inception of constitutional law in the United States. He has taught at fourteen colleges and universities, including three abroad.