The Decline and Fall of the Roman Empire (Abridged / Paperback) 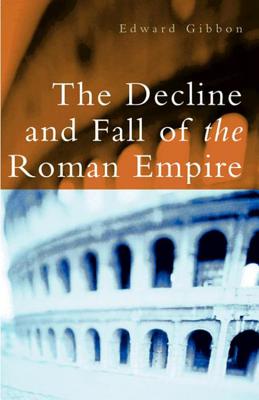 An abridged edition of Edward Gibbon's THE HISTORY OF THE DECLINE AND FALL OF THE ROMAN EMPIRE, which compresses thirteen turbulent centuries into a single epic narrative.

Famously sceptical about Christianity, unexpectedly sympathetic to the barbarian invaders and the Byzantine Empire, constantly aware of how political leaders often achieve the exact opposite of what they intend, Gibbon was both alert to the broad pattern of events and the significant revealing detail. Attacked for its enlightened views on politics, sexuality and religion, the first volume was none the less soon to be found 'on every table' and was widely acclaimed for the elegance of its prose. Gripping, powerfully intelligent and wonderfully entertaining, THE HISTORY OF THE DECLINE AND FALL OF THE ROMAN EMPIRE ranks as one of the literary masterpieces of its age.

EDWARD GIBBON was born in 1737. His brief career as an undergraduate at Magdalen College, Oxford, ended when he joined the Catholic Church, but he later re-joined the Protestant Church. After the death of his father, Gibbon settled in London and in 1774 was elected to Parliament where he sat for the next eight years. The first volume of his famous history was published in 1776; it was highly praised for its learning and style but incurred some censure for its treatment of the early Christians. The second and third volumes appeared in 1781 and the final three were published in 1788.

HUGH TREVOR-ROPER was born in Northumberland in 1914 and educated at Charterhouse and Christ Church, Oxford. He was Regius Professor of Modern History and Fellow of Oriel College, Oxford 1957-80; Master of Peterhouse, Cambridge 1980-87. He became Lord Dacre of Glanton in 1979. He died in 2003.