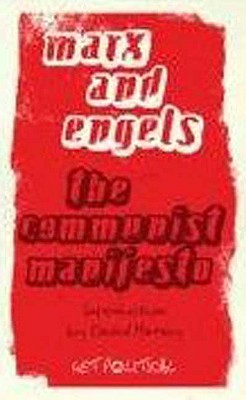 By Karl Marx, Friedrich Engels
Email or call for price
Out of Print

This book truly changed the world, inspiring millions to revolution.

Over 150 years after its publication, Marx and Engels' Communist Manifesto continues to inspire and provoke students, activists and citizens.

The principles embodied within in it lie at the heart of thousands of academic and literary works. It is the starting point for people who refuse to accept that capitalism represents the final and optimum stage of human development. After reading this book, it is impossible to remain convinced that there is no alternative to unrestrained neoliberalism.

In an introductory call to arms, renowned social theorist David Harvey asks us to look upon the Manifesto not as a historical document, but an invaluable tool for change.

David Harvey is Distinguished Professor of Anthropology at the Graduate Center of the City University of New York. He formerly held professorial positions at Oxford University and Johns Hopkins University and has written extensively on the political economy of globalisation, urbanisation, and cultural change. His recent books include The New Imperialism (OUP, 2005) and A Brief History of Neoliberalism (OUP, 2007).

"the greatest charter of our movement." --Rosa Luxemburg  "an integral and systematic exposition of [Marx's] doctrine ... the best to this day." Lenin "laid the foundation for modern socialism." --Karl Kautsky