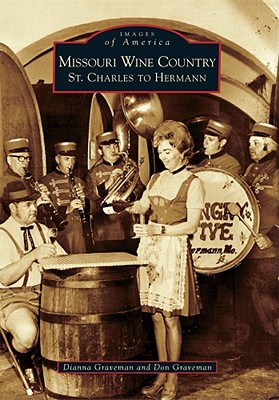 By Dianna Graveman, Don Graveman
$21.99
Email or call for price.

Before prohibition, Missouri was the second largest wine-producing state in the union, and for a short time during the Civil War, it was number one. Today the state's lush green area overlooking the Missouri River is officially recognized as America's first wine district. Parts of this district have produced wine since the 1830s, when German immigrants from the Rhine River Valley settled in Missouri. The historic towns of Augusta and Defiance, home of pioneer Daniel Boone, are part of this district. Other towns along the river include Dutzow, the first permanent German settlement in Missouri; Washington, which holds the state record for the most buildings on the National Register of Historic Places; and Hermann, recognized by its settlers as a German utopia.