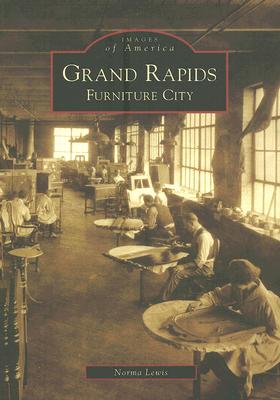 William Haldane opened a cabinet shop in 1836, 14 years before Grand Rapids incorporated. Other furniture companies followed: Berkey and Gay, Widdicomb, Sligh, Hekman, and Phoenix were among those taking advantage of the Grand River for transportation and power, the area's abundant hardwood supply, and a growing immigrant labor pool. The furniture soon attracted national attention. In 1876, the Philadelphia Centennial Exposition proved conclusively that a river town in Michigan had indeed earned the title Furniture City. Presidents Herbert Hoover, Franklin D. Roosevelt, Harry S. Truman, and Dwight D. Eisenhower all worked at Grand Rapids made desks. Fifteen manufacturers joined forces to build 1,000 Handley Page bombers during
World War I. The Japanese Instrument of Surrender was signed on September 2, 1945, at a table made in Grand Rapids. Despite fires, floods, strikes, depressions, and wars, Grand Rapids led the industry until the 1950s and 1960s, when the factories began moving to North Carolina. Today the area, along with nearby Holland and Zeeland, dominates the office furniture industry.