Out of the Silent Planet (Hardcover) 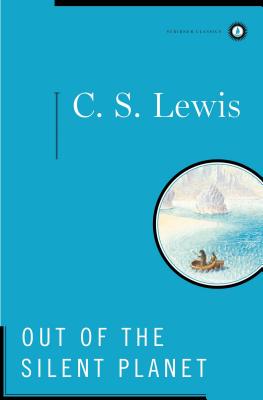 Written during the dark hours immediately before and during the Second World War, C. S. Lewis's Space Trilogy, of which Out of the Silent Planet is the first volume, stands alongside such works as Albert Camus's The Plague and George Orwell's 1984 as a timely parable that has become timeless, beloved by succeeding generations as much for the sheer wonder of its storytelling as for the significance of the moral concerns. For the trilogy's central figure, C. S. Lewis created perhaps the most memorable character of his career, the brilliant, clear-eyed, and fiercely brave philologist Dr. Elwin Ransom. Appropriately, Lewis modeled Dr. Ransom after his dear friend J. R. R. Tolkien, for in the scope of its imaginative achievement and the totality of its vision of not one but two imaginary worlds, the Space Trilogy is rivaled in this century only by Tolkien's trilogy The Lord of the Rings. Readers who fall in love with Lewis's fantasy series The Chronicles of Namia as children unfailingly cherish his Space Trilogy as adults; it, too, brings to life strange and magical realms in which epic battles are fought between the forces of light and those of darkness. But in the many layers of its allegory, and the sophistication and piercing brilliance of its insights into the human condition, it occupies a place among the English language's most extraordinary works for any age, and for all time.
Out of the Silent Planet introduces Dr. Ransom and chronicles his abduction by a megalomaniacal physicist and his accomplice via space ship to the planet Malacandra. The two men are in need of a human sacrifice and Dr. Ransom would seem to fit the bill. Dr. Ransom escapes upon landing, though, and goes on the run, a stranger in a land that, like Jonathan Swift's Lilliput, is enchanting in its difference from Earth and instructive in its similarity.

C.S. Lewis was a professor of medieval and Renaissance literature at Oxford and Cambridge universities who wrote more than thirty books in his lifetime, including The Screwtape Letters, The Chronicles of Narnia, and Mere Christianity. He died in 1963.

The New Yorker If wit and wisdom, style and scholarship are requisites to passage through the pearly gates, Mr. Lewis will be among the angels.

Los Angeles Times Lewis, perhaps more than any other twentieth-century writer, forced those who listened to him and read his works to come to terms with their own philosophical presuppositions.