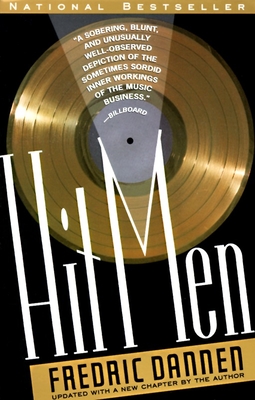 Copiously researched and documented, Hit Men is the highly controversial portrait of the pop music industry in all its wild, ruthless glory: the insatiable greed and ambition; the enormous egos; the fierce struggles for profits and power; the vendettas, rivalries, shakedowns, and payoffs. Chronicling the evolution of America's largest music labels from the Tin Pan Alley days to the present day, Fredric Dannen examines in depth the often venal, sometimes illegal dealings among the assorted hustlers and kingpins who rule over this multi-billion-dollar business.

"A sobering, blunt, and unusually well-observed depiction of the sometimes sordid inner workings of the music business."
—Billboard

"It's a good book—read it!"
—Sinead O'Connor

"An entertaining collection of anecdotes about an uproariously unsavory subculture of egomaniacs, sybarites, goniffs, and music lovers. . . . Mr. Dannen has a knack for the telling quote and a healthy appetite for the juicy story."
—The New York Times Book Review

"Anyone with more than a passing interest in the inner workings of the [music] industry will be enthralled by the juicy tales [Dannen] has to tell."
—The New York Times

"A knowing and unsentimental glimpse into the inner workings of the music business . . . Dannen got the inside story, and he got it right."
—Los Angeles Times Book Review

"The most revealing look yet at the 'characters' who run the rock-music business."
—Entertainment Weekly, Top 10 Best Books of the Year

"No one, insider or outsider, has ever grasped the basic concept of power in the pop-music business better than Fredric Dannen in Hit Men. . . . Hit Men has enough dramatic juice to drive half a dozen fictional bestsellers."
—Newsday

"The no-holds-barred tale of showbiz's most flamboyant branch strips away the inpenetrable sheen of some of the industry's weightiest names."
—Variety

"Hit Men brings to life the most compelling gang of thugs since The Godfather. The stories of this smarmy bunch are part delicious, part appalling."
—USA Today

"Anyone who has even a passing interest in the music industry will be intrigued by Hit Men. The two basic themes are mob involvement and music executives' dalliances."
—Chicago Tribune

"A detailed profile of the handful of individuals who control the Top Forty. . . . Dannen's triumph is his ability to reduce the complicated problems and issues of the music industry to precise, personal situations."
—Rolling Stone

"Dannen . . . mixes the skills of an investigative journalist with the gifts of an expert storyteller in an expose that will intrigue and appall readers with its disclosures."
—Publishers Weekly