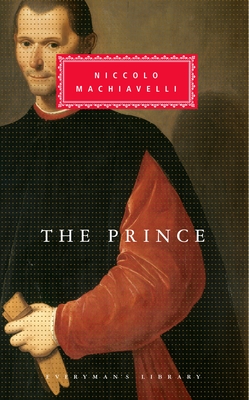 That Machiavelli’s name has become synonymous with cold-eyed political calculation only heightens the intrinsic fascination of The Prince–the world’s preeminent how-to manual on the art of getting and keeping power, and one of the literary landmarks of the Italian Renaissance. Written in a vigorous, straightforward style that reflects its author’s realism, this treatise on states, statecraft, and the ideal ruler is essential reading for anyone seeking to understand how human society actually works.

Peter Constantine, winner of the PEN Translation Prize and a National Translation Award, has earned wide acclaim for his translation of The Undiscovered Chekhov and of the complete works of Isaac Babel, as well as for his Modern Library translations, which include The Essential Writings of Machiavelli, Gogol’s Taras Bulba, Voltaire’s Candide, and Tolstoy’s The Cossacks.

Albert Russell Ascoli is Gladys Arata Terrill Distinguished Professor of Italian Studies at the University of California, Berkeley, and was awarded the Rome Prize for study at the American Academy in Rome.

“[Machiavelli] can still engage our attention with remarkable immediacy, and this cannot be explained solely by the appeal of his ironic observations on human behaviour. Perhaps the most important thing is the way he can compel us to reflect on our own priorities and the reasoning behind them; it is this intrusion into our own defenses that makes reading him an intriguing experience. As a scientific exponent of the political art Machiavelli may have had few followers; it is as a provocative rhetorician that he has had his real impact on history.” –from the Introduction by Dominic Baker-Smith