The Universe in a Nutshell (CD-Audio) 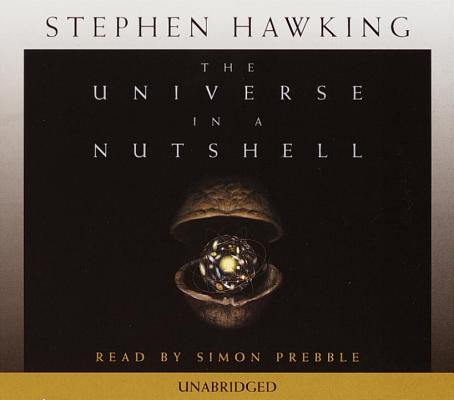 By Stephen Hawking, Simon Prebble (Read by)
Email or call for price
Subject to Availabilty

Like many in the community of theoretical physicists, Professor Hawking is after the Grail of science-the Theory of Everything that lies at the heart of the cosmos. He involves us in the attempts at uncovering its secrets-from supergravity to supersymmetry, from quantum theory to M-theory, from holography to duality, and now, at the very frontiers of science, superstring theory and p-branes. He shares his eagerness to "combine Einstein's General Theory of Relativity and Richard Feynman's idea of multiple histories into a complete unified theory that will describe everything that happens in the universe."

With characteristic exuberance, Hawking invites us to be fellow travelers on this extraordinary voyage through spacetime.

Stephen Hawking is Lucasian Professor of Mathematics at the University of Cambridge, and is widely regarded as one of the most brilliant theoretical physicists since Einstein.

“Clear, concise and accessible. And he leavens it further with occasional wry humor.”—St Louis Post-Dispatch

“Provocative and informed ... plenty of comprehensible analogies and no small amount of humor, often self-deprecating.... Best of all, the book is liberally sprinkled with well-conceived, gorgeously rendered and frequently whimsical illustrations.”—Time