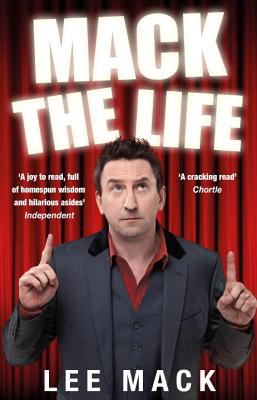 By Lee Mack
Email or call for price
Subject to Availabilty

Lee Mack is not just another comedian with a book, he is one of the UK’s most recognizable and celebrated stand-ups. His energy, finely crafted one-liners, and lightning quick ad-libs are second to none, and his solo tours sell out wherever he plays. So, what’s the story? Lee’s early life after leaving school involved time working in a bingo hall and as a stableboy. After working at the stable for three days he asked if he could try and ride a horse; the trainer, Ginger McCain, agreed and the first horse he ever rode was Red Rum. Lee went on to have various other jobs (including as a Bluecoat at Pontins and a dog whisperer), and did his first open mic slot in 1994. In the years since, from pub gigs and obscure festivals to arena tours, panel shows, and starring in his own sitcom, Lee has earned his place as a king of British comedy. As anyone who’s seen Lee’s stand-up will attest, he is a natural story teller, and his memoirs are sure to have you laughing out loud. Bursting with original stories, hilarious anecdotes, and unbelievably ridiculous episodes, this is Lee Mack at his very best.

Lee Mack is one of the UK's most recognizable and celebrated comics.