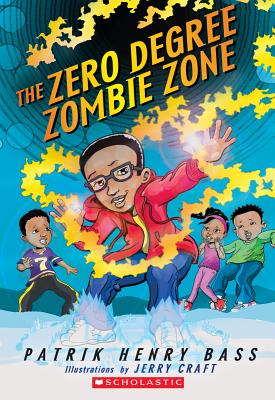 Patrik Henry Bass is an award-winning journalist who has appeared on numerous media outlets including MSNBC, CNN, BBC, Good Day New York, WNBC and Public Radio International's The Takeaway with John Hockenberry, where Bass is a contributor. He has written and edited for numerous publications including THE NEW YORK TIMES,THE WASHINGTON POST,ENTERTAINMENT WEEKLY, and PUBLISHERS WEEKLY. Bass, a former professor at New York University's Department of Journalism, lives in Brooklyn, NY.

Jerry Craft is the creator of MAMA'S BOYZ, an award-winning comic strip that has been distributed to almost 900 publications, making him one of the few syndicated African-American cartoonists in the country. He has illustrated and/or written a dozen children's books. His work has appeared in national publications such as ESSENCE MAGAZINE, EBONY, and two Chicken Soup for the African American Soul books. He lives in Norwalk, CT.