Bernstein: The Preconditions of Socialism (Cambridge Texts in the History of Political Thought) (Paperback) 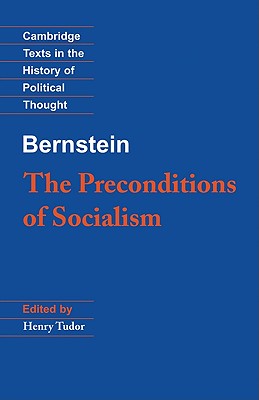 This is the first complete new translation of Eduard Bernstein's (1850-1932) famous and influential work. It will provide students with an accurate and unabridged edition of the classic defense of democratic socialism and the first significant critique of revolutionary Marxism from within the socialist movement. First published in 1899, at the height of the Revisionist Debate, it argued that capitalism was not heading for the major crisis predicted by Marx, and that socialism could be achieved by piecemeal reform within a democratic constitutional framework. Bernstein's work is the focal point of one of the most important political debates of modern times, and crucial for the light it casts on "the crisis of Communism.