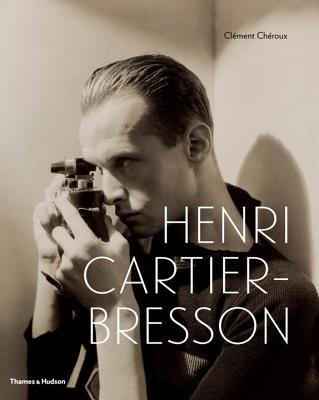 Henri Cartier-Bresson’s work embraced art, politics, revolution, and war. But more powerful than any of these overarching themes was his evident concern for the human individual at every social level.

This lavishly illustrated monograph—published to accompany France’s first major retrospective since the photographer’s death in 2004—traces Cartier-Bresson’s development as a photographer, activist, journalist, and artist. In addition to some of Cartier-Bresson’s best-known photographs, included here are many seldom seen or unpublished images and some rarities in color as well as black-and-white.

From his earliest photographs in Paris in the 1920s and Africa in the 1930s, Cartier-Bresson’s capacity to conjure coherence and harmony out of a chaotic world appears effortless and innate—a deep-centered attitude rather than a merely learned technique. His observations of the effects of poverty and revolution around the world led directly to his pioneering photojournalism and to his co-founding of Magnum Photos. He became renowned for his penetrating portraits of the most prominent figures of his time, becoming, in the words of his biographer Pierre Assouline, “the eye of the century.”

Cle´ment Che´roux is a historian of photography and curator of the 2014 retrospective exhibition at the Centre Pompidou, Paris.

The glories of [Cartier-Bresson’s] long career are beautifully curated by Clément Chéroux in Henri Cartier-Bresson: Here and Now, with almost every image indelible, even the images he shot in private.

Substantial and inclusive. . . . the standard narrative of the photographer, in which he moves from early surrealist concerns into photojournalism, becomes instead a narrative of diverse influences and concerns, ideals resonating and evolving across images. . . . The comprehensiveness and quality of this latest monograph distinguishes it as a significant contribution.
— Publishers Weekly

Manages to somewhat reconfigure [Henri Cartier-Bresson's] life. Chéroux...demonstrates that social concern was a feature of Cartier-Bresson's work from the beginning and, by including a great many lesser-known, non-magazine pictures, shows that his modernist panache never went away.
— The New York Times Book Review

With rare and previously unpublished images. . . . The first retrospective since Cartier-Bresson’s death.
— PDN

It’s all here, in black-and-white and color—the photos of poverty, of scenes in various countries, the news photos of breaking incidents and so on.
— Women's Wear Daily

The main effort here seems to be to separate Cartier-Bresson from the legacy of The Decisive Moment with which he has been so closely associated. Yes, he did formulate that philosophy but he was many other things as well: surrealist, activist, war prisoner, fugitive, international wanderer, communist, filmmaker, Magnum founder, reporter… All of these facets and more are explored in the book.
— Photo-Eye

It’s hard to believe that Cartier-Bresson . . . still has work out there that is largely unseen. But printed in the 416 pages of this photographic compilation are familiar and unknown pieces, printed in color and in Cartier-Bresson’s signature black-and-white.
— Rangefinder

Includes many less familiar and previously unpublished photographs; rare color work; a sampling of drawings, paintings and collages; and numerous portraits of the notoriously camera-shy Frenchman. . . .The Cartier-Bresson that emerges from Chéroux’s text is a fuller and more accessible personality than has heretofore been revealed.
— Black & White

Phenomenal.
— The Arts by Karena

This excellent monograph includes more than 500 images in color and black and white, some iconic, some not, but all of interest.
— The Daily Beast