The Science of Battlestar Galactica (Paperback) 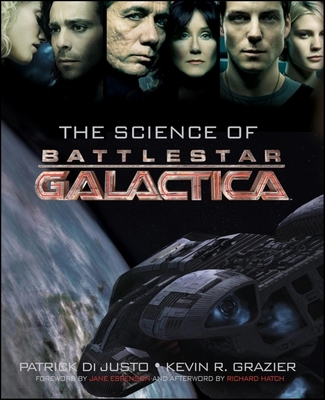 The official guide to the science behind the Battlestar Galactica universe

Battlestar Galactica (BSG) has been called the best show on television, and as real as science fiction gets. It has dealt with issues of religious freedom, patriotism, terrorism, genetic engineering, and the ultimate science fiction question: what does it mean to be human? While the re-imagined BSG may not be packed with cool techie tools (the bad guys don't even have laser guns for frak's sake ), this book shows that the science in the series has a lot to say about the use of science and technology in our lives today.

What are the principles behind artificial gravity and sublight propulsion? Are Cylons men or machines? How are humanoid Cylons able to interface with computers? By tackling these and other intriguing questions, The Science of Battlestar Galactica takes us billions of miles away from Earth so that we can turn around and see ourselves from a different perspective.

Packed with must-know details and scientific background, this thought-provoking book will help you see Battlestar Galactica as never before.

PATRICK DI JUSTO is a contributing editor for Wired and has written for Popular Science, Scientific American, New York Magazine, and the New York Times Circuits. KEVIN R. GRAZIER is the scientific advisor to Battlestar Galactica. He currently works at NASA's Jet Propulsion Laboratory on the Cassini/Huygens Mission to Saturn; teaches astronomy, planetary science, and cosmology at UCLA and Santa Monica College.