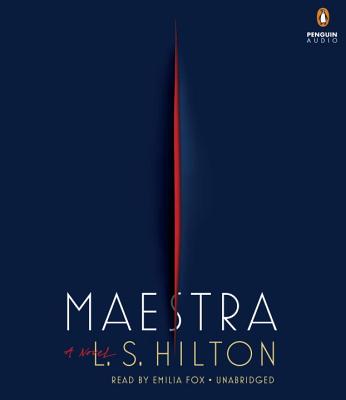 By L.S. Hilton, Emilia Fox (Read by)
Email or call for price
Hard to Find

“Get ready to tear through this hedonistic and refreshingly sex-positive thriller that hits all the right notes. Hilton sets her amoral heroine, Judith, amidst the shallow elegance of the European art world. While Judith is deeply enamored with the lifestyles of the rich and famous, she is also a razor-sharp critic of bad taste and human softness, sniffing out and exploiting male weakness with gusto. She is utterly void of empathy, yet oddly sympathetic. I'll be recommending this novel to everyone I know with a strong constitution and an appreciation for intensity!”
— Seija Emerson (W), University Book Store, Seattle, WA

“One of this year’s most talked about novels.” —The Washington Post

“A twenty-first-century femme fatale as lethal as Tom Ripley and as seductive as Bacall.” —Vogue

A put-upon assistant at a prestigious London art house, Judith Rashleigh is well-educated, well-groomed, and impeccably behaved—keeping the darker desires she indulges on nights off as her own little secret. But when Judith uncovers a dangerous heist, her life is shattered and she’s forced to run. Armed with just her wits and a talent for self-invention, she makes her way from the French Riviera to Geneva, Rome, and the nightclubs of Paris, determined to take back what is rightfully hers.

The beginning of a darkly irresistible trilogy, Maestra follows the rise of Judith, a woman whose vulnerability and ruthlessness have left readers worldwide begging to know: where do you go when you've gone too far?

L. S. Hilton is the author of the New York Times and internally bestselling novel Maestra and Domina. She grew up in England and has lived in Key West, New York City, Paris, and Milan. After graduating from Oxford, she studied art history in Paris and Florence. Hilton has worked as a journalist, art critic, and broadcaster, and is presently based in London.