You Against Me (Paperback) 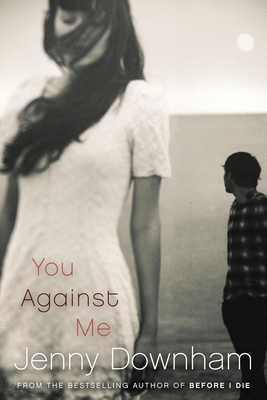 By Jenny Downham
$9.99
Email or call for price.

If someone hurts your sister and you're any kind of man, you seek revenge.
If your brother's accused of a crime but says he didn't do it, you defend him.

When Mikey's sister claims a boy assaulted her, his world begins to fall apart. When Ellie's brother is charged with the offense, her world begins to unravel. When Mikey and Ellie meet, two worlds collide.

This is an unflinching novel from the bestselling author of Before I Die. It's about loyalty and the choices that come with it. Above all, it's a book about love.

JENNY DOWNHAM was an actress for many years before concentrating on her writing full-time. She lives in London with her two sons.

Starred Review, Kirkus Reviews, August 1, 2011:
"A tender, complex character study...Crisp, revealing dialogue, measured pacing and candid, unaffected prose round out this illuminating novel in which any reader can find someone to root for or relate to. Unforgettable."

New York Times Book Review, August 21, 2011:
"As the story builds to its tumultuous conclusion, Mikey and Ellie have to make the inevitable choice between new love and old allegiances...The hard question at the heart of this book — what would you do? — doesn’t have a single answer. For her young readers, Downham frames it remarkably well.”

Starred Review, School Library Journal, November 1, 2011:
"Downham brilliantly captures the struggle of these two star-crossed lovers as they navigate the stormy waters of family loyalty, social workers and legal systems, job and school. With touching honesty, she brings her characters to life in this poignant story of love and choice. Mesmerizing."