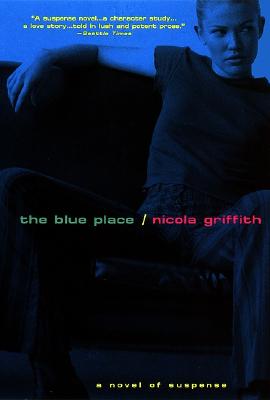 By Nicola Griffith
$13.99
On Our Shelves Now

A police lieutenant with the elite "Red Dogs" until she retired at twenty-nine , Aud Torvigen is a rangy six-footer with eyes the color of cement and a tendency to hurt people who get in her way. Born in Norway into the failed marriage between a Scandinavian diplomat and an American businessman, she now makes Atlanta her home, luxuriating in the lush heat and brashness of the New South. She glides easily between the world of silken elegance and that of sleaze and sudden savagery, equally at home in both; functional, deadly, and temporarily quiescent, like a folded razor.

On a humid April evening between storms, out walking just to stay sharp, she turns a corner and collides with a running woman, Catching the scent of clean, rain-soaked hair, Aud nods and silently tells the stranger Today, you are lucky, and moves on—when behind her house explodes, incinerating its sole occupant, a renowned art historian. When Aud turns back, the woman is gone.

Nicola Griffith is a native of Leeds, England. At eighteen she moved to Hull, where she taught women's self-defense--to groups as diverse as the Equal Opportunities Training Unit and the Union of Catholic Mothers--and was the lead singer/songwriter for the all-woman band, Jane's Plane. She is the author of Ammonite and Slow River, which between them have won the Nebula Award, the James Tiptree, Jr. Memorial Award, and two Lambda Awards. Ms. Griffith currently lives in Seattle with her partner, writer Kelley Eskridge.