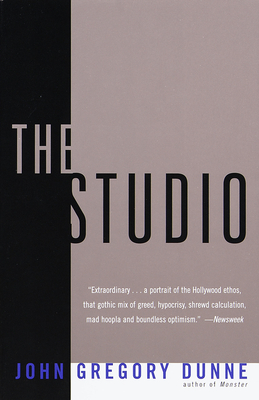 In 1967, John Gregory Dunne asked for unlimited access to the inner workings of Twentieth Century Fox. Miraculously, he got it. For one year Dunne went everywhere there was to go and talked to everyone worth talking to within the studio. He tracked every step of the creation of pictures like "Dr. Dolittle," "Planet of the Apes," and "The Boston Strangler." The result is a work of reportage that, thirty years later, may still be our most minutely observed and therefore most uproariously funny portrait of the motion picture business.

Whether he is recounting a showdown between Fox's studio head and two suave shark-like agents, watching a producer's girlfriend steal a silver plate from a restaurant, or shielding his eyes against the glare of a Hollywood premiere where the guests include a chimp in a white tie and tails, Dunne captures his subject in all its showmanship, savvy, vulgarity, and hype. Not since F. Scott Fitzgerald and Nathanael West has anyone done Hollywood better.

"Reads as racily as a novel...(Dunne) has a novelist's ear for speech and eye for revealing detail...Anyone who has tiptoed along those corridors of power is bound to say that Dunne's impressionism rings true."--Los Angeles Times

John Gregory Dunne wrote six novels—Vegas; True Confessions; Dutch Shea, Jr.; The Red White and Blue; Playland; and Nothing Lost—and seven works of nonfiction, among which are the memoir-like Harp and two books that look at Hollywood, The Studio and Monster. Born in West Hartford, Connecticut, in 1932, he graduated from Princeton in 1954. He collaborated with his wife, the writer Joan Didion, on many screenplays, including Panic in Needle Park and True Confessions. John Gregory Dunne died in December 2003.