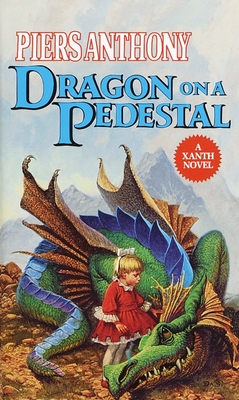 By Piers Anthony
$8.99
Email or call for price.

This is book number 7 in the Xanth series.

There is trouble in Xanth again—all kinds of trouble, in fact.

The Gap Dragon had escaped from the Gap and was ravaging across the land. The forget-spell that had covered the Gap was breaking up into small forget-whorls that wandered about, giving amnesia to all they touched. Good Magician Humfrey might have had the Answer, but he had overdosed on water from the Fountain of Youth and was only a helpless baby.

And Ivy, three-year-old daughter of King Dor and Queen Irene, as lost in the jungles south of the Gap. While Irene sought her without much hope, Ivy was wandering further into danger, her memories erased by a passing forget-whorl. Her path was leading her directly to where the Gap Dragon was seeking dinner.