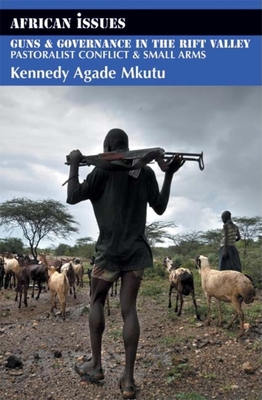 Recent estimates indicate that more than 640 million small arms and 16 billion rounds of ammunition circulate the globe yearly. In North East Africa and the Rift Valley, the flow of arms has been particularly heavy and has led to the escalation of banditry, cattle rustling, raiding, and ethnic conflict. The impact small arms have on the area, according to Kennedy Agade Mkutu, is a symptom of the failure of states to govern and of superficial programs that focus simply on disarmament. In this hard-hitting book, Mkutu brings together all the issues affecting the arms trade, from the regulation of international arms sales to regional efforts to improve security, community involvement, and economic development. He cites cultural changes to the legacy of pastoral violence in the region as key ingredients in stemming the disastrous spread of small arms.

Kennedy Agade Mkutu lectures at the Kenya Institute of Administration and has been a consultant on small arms and pastoral conflict for many international agencies.