If You Don't Outdie Me: The Legacy of Brown County (Paperback) 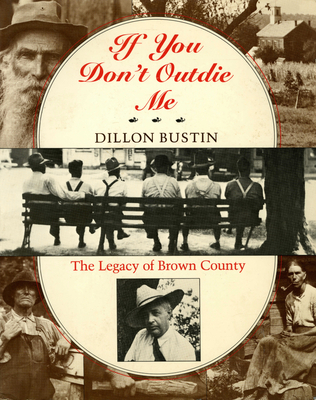 In the 1920s, drawn by spectacular vistas and colorful fall foliage, photojournalist Frank Hohenberger (1876-1962) traveled to the hills of Brown County. Once there, he found more to photograph than just a picturesque landscape and he set out to record the lives of the people who lived among the hills. If You Don't Outdie Me is a brilliantly revealing volume about Hohenberger's encounter with the people of Brown County. Rather than a society of amusing and peaceful rustics, Hohenberger discovered that there were tragedies in the valleys and rancorous complexities that belied sentimental notions about small town life. Reproduced here are Hohenberger's incomparable photographs, not only the carefully crafted art prints, but also the casual snapshots that show him to have been one of the pioneers of ethnographic photography. The book includes Hohenberger's previously unpublished diary notes, which record the humor, gossip, legends, oral history, figures of speech, and proverbs of the Brown County folk, as well as his astute and unguarded observations.