The Worst-Kept Secret: Israel's Bargain with the Bomb (Paperback) 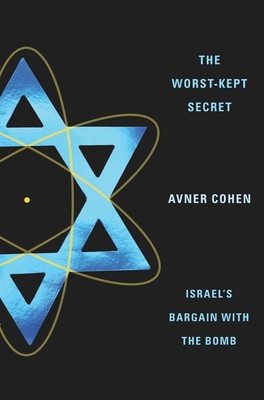 By Avner Cohen
$46.25
Available at Warehouse

Israel has made a unique contribution to the nuclear age. It has created a special "bargain" with the bomb. Israel is the only nuclear-armed state that does not acknowledge its possession of the bomb, even though its existence is a common knowledge throughout the world. It only says that it will not be the first to introduce nuclear weapons to the Middle East. The bomb is Israel's collective ineffable--the nation's last great taboo. This bargain has a name: in Hebrew, it is called amimut, or opacity. By adhering to the bargain, which was born in a secret deal between Richard Nixon and Golda Meir, Israel has created a code of nuclear conduct that encompasses both governmental policy and societal behavior. The bargain has deemphasized the salience of nuclear weapons, yet it is incompatible with the norms and values of a liberal democracy. It relies on secrecy, violates the public right to know, and undermines the norm of public accountability and oversight, among other offenses. It is also incompatible with emerging international nuclear norms. Author of the critically acclaimed Israel and the Bomb, Avner Cohen offers a bold and original study of this politically explosive subject. Along with a fair appraisal of the bargain's strategic merits, Cohen critiques its undemocratic flaws. Arguing that the bargain has become increasingly anachronistic, he calls for a reform in line with domestic democratic values as well as current international nuclear norms. Most ironic, he believes Iran is imitating Israeli amimut. Cohen concludes with fresh perspectives on Iran, Israel, and the effort toward global disarmament.

Avner Cohen is a senior fellow at the Washington Office of the James Martin Center for Nonproliferation Studies, Monterey Institute of International Studies. He has published on subjects as varied as nuclear proliferation and nuclear history, political theory, skepticism, and Israeli history. He is the author of Israel and the Bomb and the coeditor of Nuclear Weapons and the Future of Humanity and The Institution of Philosophy.