Gender Parity and Multicultural Feminism: Towards a New Synthesis (Hardcover) 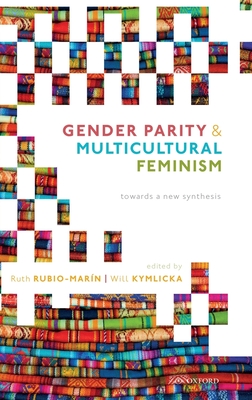 By Ruth Rubio-Marin (Editor), Will Kymlicka (Editor)
$98.00
Email or call for price.

Around the world, we see a 'participatory turn' in the pursuit of gender equality, exemplified by the adoption of gender quotas in national legislatures to promote women's role as decision-makers. We also see a 'pluralism turn', with increasing legal recognition given to the customary law or
religious law of minority groups and indigenous peoples. To date, the former trend has primarily benefitted majority women, and the latter has primarily benefitted minority men. Neither has effectively ensured the participation of minority women. In response, multicultural feminists have proposed
institutional innovations to strengthen the voice of minority women, both at the state level and in decisions about the interpretation and evolution of cultural and religious practices. This volume explores the connection between gender parity and multicultural feminism, both at the level of theory and in practice. The authors explore a range of cases from Europe, Latin America, the Middle East, and Africa, in relation to state law, customary law, religious law, and indigenous law.
While many obstacles remain, and many women continue to suffer from the paradox of multicultural vulnerability, these innovations in theory and practice offer new prospects for reconciling gender equality and pluralism.

Ruth Rubio-Marin is Professor of Constitutional Law, University of Sevilla as well as member of the Faculty of The Hauser Global Law School Program, New York University. Her publiscations include Human Rights and Immigration (editor, OUP, 2014), The Gender of Reparations: Subverting SexualHierarchies while Redressing Human Rights Violations (Cambridge University Press, 2009), Immigration as a Democratic Challenge, (CUP, 2000), The Gender of Constitutional Jurisprudence (co-editor, CUP, 2004), and Transforming Gender Citizenship (forthcoming, CUP, 2018). Will Kymlicka is the Canada Research Chair in Political Philosophy, Queen's University, and a visiting professor in the Nationalism Studies program, Central European University, Budapest. His publications include Zoopolis: A Political theory of Animal Rights (OUP, 2011), The Strains of Commitment: The Political Sources of Solidarity in Diverse Societies (co-editor, OUP, 2017), Multiculturalism and Minority Rights in the Arab World (co-editor, OUP, 2014), and Multicultural Odysseys (OUP, 2007). He is a Fellow of the Royal Society of Canada, and of the Canadian Institute for AdvancedResearch.