The Loneliest Girl in the Universe (Paperback) 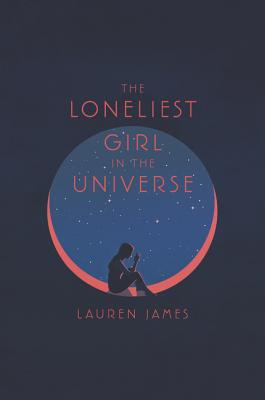 Now in paperback, this surprising and gripping sci-fi thriller with a killer twist that Entertainment Weekly called “compulsively unpredictable” will have readers hanging on until its shocking finale.

The daughter of two astronauts, Romy Silvers is no stranger to life in space. But she never knew how isolating the universe could be until her parents’ tragic deaths left her alone on the Infinity, a spaceship speeding away from Earth.

Romy tries to make the best of her lonely situation, but with only brief messages from her therapist on Earth to keep her company, she can’t help but feel like something is missing. It seems like a dream come true when NASA alerts her that another ship, the Eternity, will be joining the Infinity.

Romy begins exchanging messages with J, the captain of the Eternity, and their friendship breathes new life into her world. But as the Eternity gets closer, Romy learns there’s more to J’s mission than she could have imagined. And suddenly, there are worse things than being alone….

Lauren James was born in 1992 and has a master’s degree from the University of Nottingham, UK, where she studied chemistry and physics. The Loneliest Girl in the Universe was inspired by a physics calculation she was assigned at university. She lives in the West Midlands, UK, and is an Arts Council grant recipient. You can find her at www.laurenejames.co.uk.

“Gripping psychological thriller with a very relatable heroine.” — The Bookseller

“The Loneliest Girl in the Universe is shocking and brutal and has the best twist I’ve ever read. The sinister realism of Romy’s situation is as terrifying as it is gripping, and I was rooting for her from beginning to end.” — Alice Oseman, author of Radio Silence

“A tense, psychological thriller that will leave you gasping for air.” — The Scotsman

“A white-knuckle ride through space, science, love, and fandom. I was completely gripped from start to finish. I can’t wait to see what Lauren James dreams up next!” — Sara Barnard, author of Beautiful Broken Things

“Whatever your expectations, The Loneliest Girl in the Universe willy defy them. Exceptionally clever storytelling from a talented, versatile writer.” — Non Pratt, author of Trouble

“This book moves at full throttle from beginning to end. Lauren James isn’t just headed for the stars--she’s already there.” — Samantha Shannon, author of The Bone Season

“[James] skillfully, slowly unspools suspense and dread… This slow-burn genre-blender has surprising twists and turns, and patient readers will be rewarded by the explosive ending.” — ALA Booklist

[A] stunning twist takes the sci-fi premise into psychological thriller territory…a blur of action in hyperspeed that will leave readers breathless by this end of this satisfying genre mash-up. — Bulletin of the Center for Children’s Books

“As a psychological drama, The Loneliest Girl in the Universe is a good read with several shocking twists. It’s even sharper as an extended metaphor for certain risky realities of modern adolescence.” — Wall Street Journal

“In James’s suspenseful and clever debut, the immensely likable Romy conveys her desire for the very human contact that will leave her vulnerable. Shocking revelations pave the way to a harrowing finale.” — Publishers Weekly

“Romy is an Everygirl alone in deep space, but it’s her zesty narration that drives the momentum in British author Lauren James’ The Loneliest Girl in the Universe. Prepare for some rapid page-turning.” — BookPage

“This is a strange, witty, compulsively unpredictable read which blows most of its new YA-suspense brethren out of the water.” — Entertainment Weekly

“This slow-burning psychological thriller has a killer twist that will make you gasp.” — Bustle

“A story of loneliness and heartbreak blended with sci-fi thrills, it’s one of the most surprising books to arrive this year.” — Paste Magazine

“As much psychological thriller as space odyssey. For fans of speculative fiction with lots of plot twists.” — Kirkus Reviews

“A tightly plotted Agatha Christie mystery thriller in space.” — Mackenzi Lee, author of The Gentleman’s Guide to Vice and Virtue