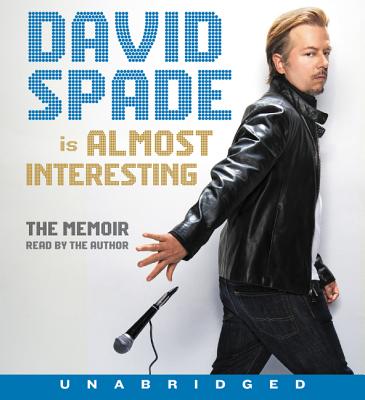 By David Spade, David Spade (Read by)
Email or call for price
Hard to Find

A hilarious and biting memoir from the actor, comedian andSaturday Night Livealumni.

David Spade is best known for his harsh "Hollywood" Minute Sketches onSNL, his starring roles in movies likeTommy BoyandJoe Dirt, and his seven-year stint as Dennis Finch on the seriesJust Shoot Me. Now, with a wit as dry as the weather in his home state of Arizona, the "comic brat extraordinaire" delivers a memoir.

Spade takes fans back to his childhood as a wannabe cool younger brother and recounts his excruciating road-tour to fame when he was regularly mistaken for a fourteen year-old. He dishes about his time onSNLduring the beloved Rock/Sandler/Farley era of the 1990s, and brags about the ridiculous perks that fame has brought into his life, including a crazy assistant who attacked him while he was sleeping, being threatened on the street in Beverley Hills by Eddie Murphy, and being one of the shortest guys at thePlayboymansion (the views weren t bad).

Sometimes dirty, sometimes just plain silly, David Spade reminds us what made him one of our favorite funny people.