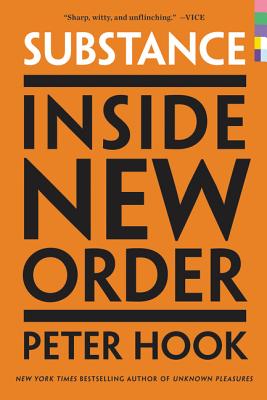 In this final installment of his internationally bestselling three-part memoir—including The Hacienda and Unknown Pleasures—British rocker Peter Hook focuses on the 1980s New Wave and Dance Punk scene and the rise of one of the most influential bands of the Second British Invasion: New Order.

1980. Resurrected from the ashes of Joy Division after the suicide of its lead singer, Ian Curtis, New Order would become one most critically acclaimed and important bands of the decade and beyond. With their hits "Bizarre Love Triangle", "Perfect Kiss", and "Blue Monday"—the biggest-selling 12-inch single of all time—Peter Hook and company quickly rose to the top of the alternative music scene. Widely regarded as the godfathers of electronic dance music, their sound would influence Moby, The Chemical Brothers, The Postal Service, The Killers, and other acts that followed in their wake.

Hook tells the complete, unvarnished story of New Order’s founding and evolution; the band’s experiences in the New York City club scene and rapid rise to international fame, its impact on house music, techno, and rave; and its eventual rancorous dissolution. Full of Hook’s "gleefully profane" (Entertainment Weekly) humor and vivid, witty storytelling, Substance is the most important and certainly the most controversial part of his story, emanating with drugs, booze, and sex.

Complete with timelines, discographies, gigographies and track-by-track analysis, and exclusive photographs and archival images from Hook’s personal collection, it is the definitive, comprehensive history of New Order and a compelling snapshot of the '80s cultural scene in all its neon-hued glory.

Peter Hook was born in Salford, England, in 1956. He was a founding member of Joy Division and New Order, and now tours both bands’ music with his new group, Peter Hook and the Light. He also DJs, promoting Fac 51 and The Haçienda Classical concerts around the world. He lives in Cheshire, England, with his wife, Rebecca, and children, Heather, Jack, and Jessica, and their dogs, Wilma and Bo.

“As raw, undiluted, and fitfully funny as its predecessors… It’s an unapologetic rock memoir, concerned less with legacy and more with what really went down...the book is a marvelous success. A well-written and brutally honest remembrance of the glory days of rave culture.” — Kirkus Reviews