The Doors of Perception and Heaven and Hell (Perennial Classics) (Paperback) 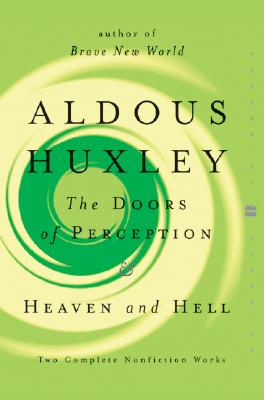 Two classic complete books -- The Doors of Perception (originally published in 1954) and Heaven and Hell (originally published in 1956) -- in which Aldous Huxley, author of the bestselling Brave New World, explores, as only he can, the mind's remote frontiers and the unmapped areas of human consciousness. These two astounding essays are among the most profound studies of the effects of mind-expanding drugs written in the twentieth century. These two books became essential for the counterculture during the 1960s and influenced a generation's perception of life.

Aldous Huxley (1894–1963) is the author of the classic novels Brave New World, Island, Eyeless in Gaza, and The Genius and the Goddess, as well as such critically acclaimed nonfiction works as The Perennial Philosophy and The Doors of Perception. Born in Surrey, England, and educated at Oxford, he died in Los Angeles, California.